by Shane Morris and Kevin Haller 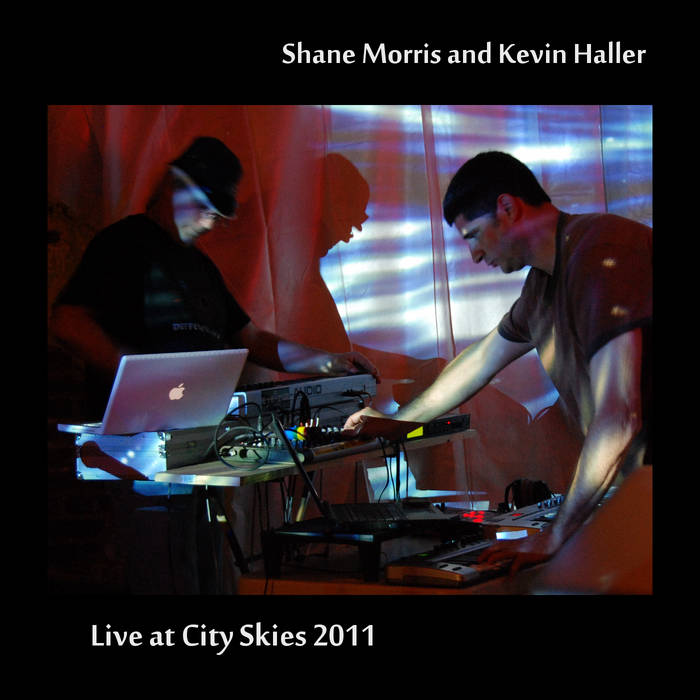 Ethereal Live is happy to release this live set of music from first-time duo Shane Morris and Kevin Haller. Shane Morris, owner of Ethereal Live, and Kevin Haller, aka “Burning Artist(s) Sale”, spent the weekend of April 29th and 30th making music for the 4th annual City Skies festival in Decatur, Ga., at Kavarna. As a guest at Kevin’s home, the two musicians took turns playing in each others musical projects over the weekend. On Friday the 29th, Shane joined Kevin and fellow percussionist, Klimchak, for a wonderful set of improvised music as “Burning Artist(s) Sale”. The next day, Saturday the 30th, Kevin joined Shane for a set of dark ambient meets electronic experimentalism, which is the release we have here today.

Recorded live by host and sound engineer of City Skies, Jim Combs, these four tracks take listeners on a genre-bending trek of ambient, electronica, drone, minimalism, and space music sounds, with a touch of experimentalism thrown in for good measure. “Live at City Skies 2011″ is a swirl of textures and harmonies that often beacon through darker atmospheres that are continually undermined by subtle poly-rhythmic electronic grooves that undulate around the listeners field. It is also of interest to note that this performance was entirely improvised with no discussion of the music or its’ direction beforehand. Augmenting this performance at City Skies 2011 was visual artist Michael O’Bannon who was also improvising incredible computer-generated visuals and lighting with the music to a stunning degree.

Originally a long form continuous set that measured 45 minutes, “Live at City Skies 2011″ has been edited into four tracks and mastered for an equalized listening experience that highlight the concert event. No additional music, mixing, or effects were applied to this album. Apart from the tracks being separated and mastered, this album is exactly what the audience at Kavarna heard the evening of April 30th, 2011

I invite you all to listen and download Ethereal Live’s fifth venture, “Live at City Skies 2011″ by Shane Morris and Kevin Haller, released on Creative Commons license CC BY/NC/ND.