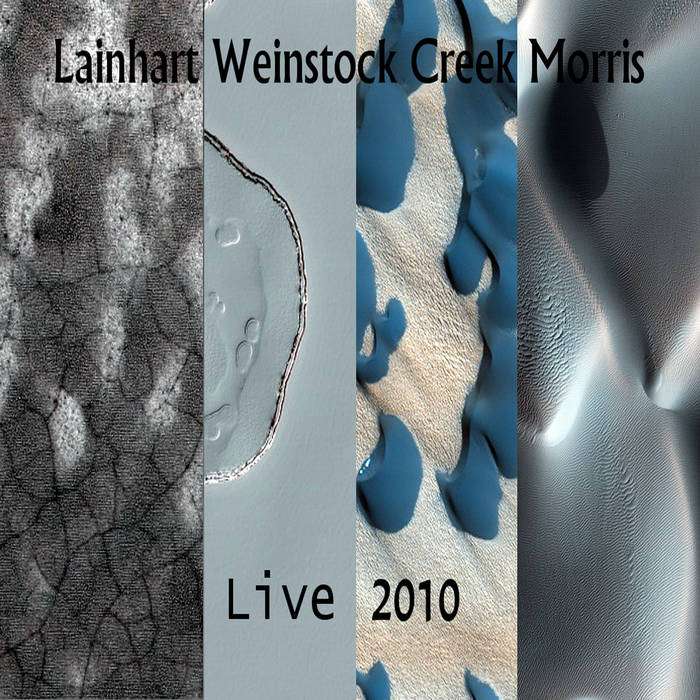 This single long form track of 25 minutes and 42 seconds was performed without any rehearsals or discussions of the music and was completely improvised by the musicians, which mostly had never played together before.

As with any live scenario, not all aspects of audio can be controlled like a studio environment. In this performance, there is a ground hum that could not be eliminated before the beginning of the set. At times the hum can be noticed in the mix. This set was mastered to eliminate the hum as much as possible, without detracting considerably from the overall audio quality of the album. Ethereal Live hopes you will still find this set worthy of listening to despite the imperfections in the recording.

Live 2010 is dedicated to and in memory of our dear friend Richard Lainhart. It is only fitting that we release this set today on Richard's birthday, which is also Valentine's day. As one of the musicians in this ensemble, I think I can speak for all when saying it was a deep honor and thrill to share music with Richard, an experience I will always treasure in my life. - Shane Morris.

All material by Lainhart, Weinstock, Creek, Morris Copyright © 2012 released under a Creative Commons license for free non-commercial use under certain conditions. CC - BY/NC/ND