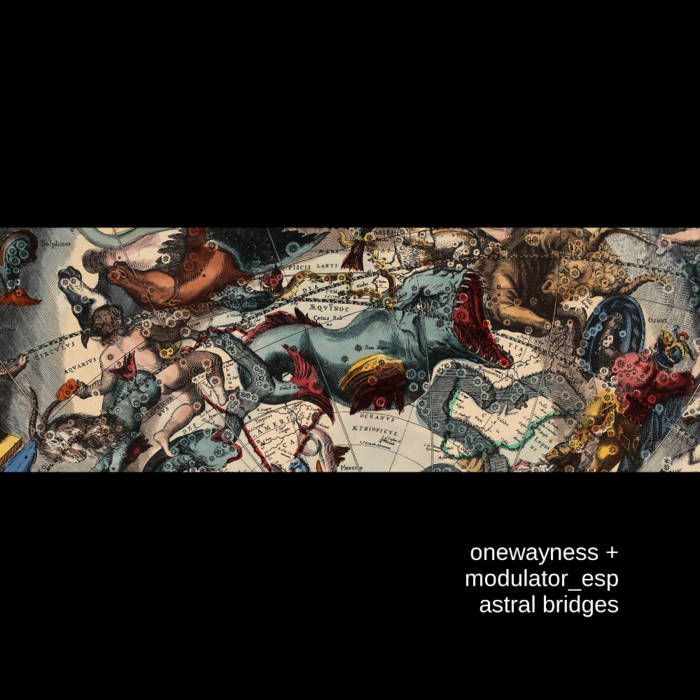 Clone 334 Fascinating and hypnotic. You'll get lost for 56 minutes, wake up, and wonder where the hell you just were.

You can purchase the CD version here -

In August and September of 2014, onewayness & Modulator ESP played a 9-date tour of concerts and live radio appearances along the East Coast of the USA, leading up to the 2014 Electro-Music Festival. During this tour, the two artists predominantly played merged sets – one artist beginning solo, the second joining for a duo improvisation, followed by the first artist departing and the second concluding solo. This recording represents selected highlights of the duo segments of these performances.

Compiled and edited by Adam Holquist

onewayness is Adam Holquist, a composer, improviser, and multi-instrumentalist from Erie, Pennsylvania. He uses guitars, pianos, analog and digital synthesis, spoken word and field recordings, and a variety of hardware and software tools to create atmospheric and textural music which draws influence from a variety of sources.